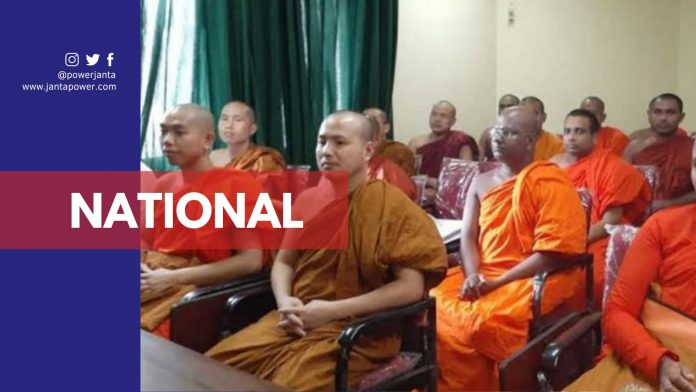 On September 14, the Indian Council for Cultural Relations (ICCR) declared that India will host the first-ever Global Buddhist Conference in November 2021 which will later become an annual event. The conference is scheduled for 19-20 November at the Nava Nalanda Mahavihara campus in Nalanda, Bihar. The Indian Prime Minister Narendra Modi will also bestow a new Award for Promotion of Buddhist Studies after the conference, on 21st November.

Buddhism is a religion, or better phrased as dharma, that promotes focused meditation and powerful living free of materialism and wants. It has established a variety of methods, practices, beliefs, art, and literature to suggest that there is a way to alleviate mankind’s misery and suffering. Buddhism has its origin in India that started over 2,600 years ago as a way of living life with the ability to transform a person.

Let’s have a look at everything you need to know about the first Global Buddhist Conference (GBC):

The Theme of the Global Buddhist Conference in its first edition will be ‘Buddhism in Literature.’ This will be an attempt to promote Prime Minister Narendra Modi’s vision of India’s significance in bringing Buddhism to the globe.

Dr. Vinay Sahasrabudhem introduced the GBC as a way to “strengthen ties with those who follow Buddhism.” India will engage with foreign academia through the ICCR’s conferences, programs, and activities.

Through this conference and award, India will build new bridges with the broader community of academicians who are interested in Buddhism studies. It will provide a forum for debating new streams of Buddhist research and studies, such as Buddhism in Literature.

Every year, focusing on one theme and seriously working over it will strengthen India’s bonds with countries that are into Buddhism.

The whole idea of GBC is to figure out how to make India the core of Buddhism. The purpose of this conference is not about boosting tourism, but it is about creating a center in India for Buddhist activities such as academic, cultural, and seminar activities, as well as individuals traveling for Buddhist festivals such as Buddha Purnima and Vesak.

Other Important things to know about GBC 2021

The Global Buddhist Conference will take place inside the larger scope of the Ministry of Tourism’s flagship event. The GBC would bring together eminent scholars from India’s and abroad’s leading Buddhist universities and institutions. Four regional conferences will be held in India (Telangana, Sarnath, Gangtok, and Dharamshala) and abroad (Japan, South Korea, Thailand, and Cambodia) in the run-up to the GBC.

The ICCR established the “Award for Promotion of Buddhist Studies” to recognize the contributions of foreign scholars, individuals, and organizations in the promotion of Buddhist studies worldwide. The award will include a monetary prize of $20,000, a certificate, and a gold-plated medallion. If there will be multiple awardees, the money will be split evenly. The award will be presented by PM Modi in New Delhi on November 21.

The connection between Buddhism and India is well-known and widely recognized. Buddha, the founder of the world’s most popular religion, attained enlightenment in Bodh Gaya, preached his first lesson in Sarnath, and died in Kushinagar, all of which are located in India. India is home to some of the world’s best Buddhist universities, such as Nalanda and Vikramshila, and it attracts a large number of pilgrims each year from all over the world. Hence, the introduction of the Global Buddhist Conference in India will help in boosting Buddhism studies and will also lead India to become a global center for Buddhism.

ALSO, READ: International Day For The Elimination Of Violence Against Women: Relevance