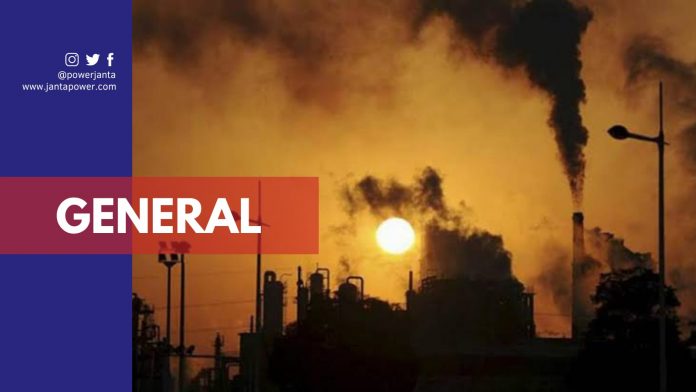 India is reportedly seeking compensation for damages caused by climate catastrophes, according to the country’s environment ministry, which also laid out the country’s stance on key topics that will be discussed at the UN’s COP26 climate meeting in the coming weeks.
On Friday, Rameshwar Prasad Gupta, the ministry’s senior-most civil official, stated, “Our plea is this: there should be a reimbursement for expenditures spent, and it should be borne by developed nations.” In this regard, he noted, India stands alongside other low-income and developing countries.

Leaders and diplomats from all around the world will convene in Glasgow, Scotland, for the annual COP summit, which is considered as a make-or-break gathering in the fight against climate change’s growing consequences. According to Gupta, compensation for climate catastrophes is anticipated to be a significant sticking point during the negotiations, and India has already discussed the issue with US climate envoy John Kerry. The bulk of greenhouse gases have been emitted by rich countries, leading the globe to warm above pre-industrial levels.

Although the 2015 Paris climate accord includes wording to address “loss and harm,” it did not address problems of culpability and remedy. Discussions began in 2013 at a previous Warsaw summit, but the technical intricacies of how such money transfers work are still being worked out.

The general notion is that nations would compensate for the harms that pollution will cause in the future based on their previous contributions to global greenhouse gas emissions. After a climate-related hurricane or flood, countries that have been harmed by the effects of climate change can file a claim for compensation. Climate change does not cause all disasters, and scientists have only just begun the difficult task of calculating how much a warming world contributed to a severe weather event.

India is now the world’s third-largest yearly emitter and is among the top 10 historical emitters, implying that it, too, will be required to pay funds to the pot. Even if India’s pay-in for damages was about 4%, Gupta believes the country would receive a greater payout for the losses it will suffer. “If they want India to be a part of it,” he said, “we could be willing.”

The country is the only one of the world’s ten major economies that have not established a target to achieve carbon neutrality. Even China’s neighbours, the United States, the United Kingdom, and the European Union, have set a target for 2060, which is slightly later than the United States, the United Kingdom, and the EU’s objective of 2050. India explored establishing a net-zero objective earlier this year but decided against it. According to environment minister Bhupender Yadav, all countries do not need to proclaim a net-zero objective until Glasgow.

India has ammunition to continue using coal, the only fossil fuel it has in plenty, as a result of the ongoing energy crisis, which has been highlighted by increasing natural gas costs. That will be a dilemma for the host country, the United Kingdom, as COP26 President Alok Sharma has stated that the Glasgow negotiations have the potential to “consign coal to history.”

India’s Prime Minister Narendra Modi has stated that he, along with 120 other heads of state, will attend the COP26 meeting. The conference is scheduled between October 31 and November 12.

READ MORE: Simlipal National Park Fire Is Another Reminder Of Urgent Need To Act On Climate