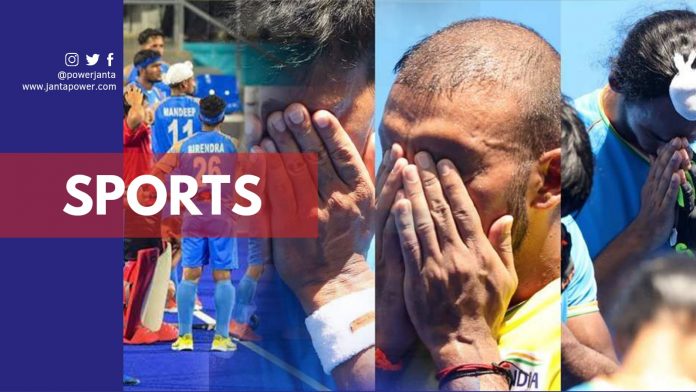 The scores were at 2-2 level until the final quarter. However, Belgium scored three goals in the last 15 minutes of the game to make it 5-2. The scoreboard did not correctly reflect the game because the first three quarters were fought equally from both sides. Hockey India tweeted to appreciate and congratulate the Indian Crew. “You win some, you lose some. You’ve done us proud,” the tweet read.

Indian tennis legend, Mahesh Bhupathi, encouraged the fans to support team India in their bronze medal match. He posted, “Tough loss. it’s going to take a lot of positivity, heart, and belief to bounce back quickly and play a big match to win the bronze. So let’s rally behind @TheHockeyIndia .. #common #RuknaNahiHai #Olympics”.

Prime Minister Narendra Modi also motivated the team and wished them good luck. “Wins and losses are a part of life. Our Men’s Hockey Team at #Tokyo2020 gave their best and that is what counts. Wishing the team the very best for the next match and their future endeavors. India is proud of our players”, he tweeted.

Tushar Khandker, played in the 2012 Olympics. His Tweet said, “For me, you are all #Champions, the result is not on our side but the courage and efforts you all have put in and took Indian hockey from where it belongs @TheHockeyIndia #hockey #IndianHockeyTeam #Tokyo2020 #Cheer4Indiia #OlympicGames”.

In their bronze medal match, team India will face either Australia or Germany. The contender will be decided on Tuesday when the two countries will play the semifinal.