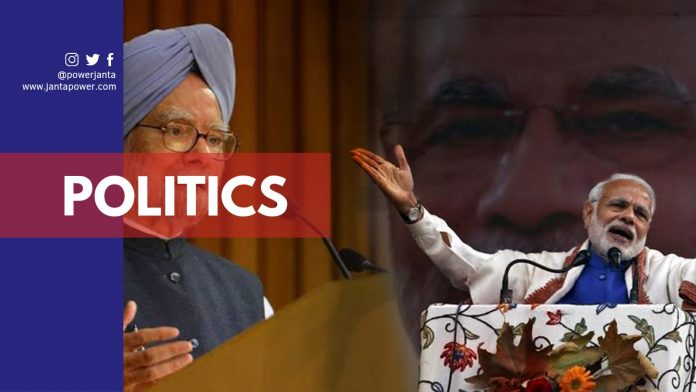 Furthermore, the NSO Group, which offers Pegasus, claims that it only sells spyware to “vetted governments.”The company refuses to make its list of customers public but the presence of Pegasus infections in India, and the range of persons that may have been selected for targetting, strongly indicate that the agency operating the spyware on Indian numbers is an official Indian one,” the wire report stated.

What is the Pegasus Project?

NSO Group, an Israeli technology company, owns Pegasus spyware. It comes with advanced monitoring of smartphones that secretly accesses the contents of a target’s phone, and turns it into a listening device.

The report has triggered a social media outrage in India, with the Congress labeling Modi’s Bharatiya Janata Party (BJP) the “Bharatiya Jasoos Party” — “jasoos” referring to “spy” in Hindi. They have also claimed that the BJP is wanting to listen in on people’s “bedroom talks.”

The Government’s response to the spying allegations

In response to Congress’s allegation, the BJP said that there is not a “shred of evidence” to back such claims. The Centre replied, stating that the claims are baseless. “India is a robust democracy that is committed to ensuring the right to privacy to all its citizens as a fundamental right,” the government stated. “There has been no unauthorized interception by government agencies. The allegations regarding government surveillance on specific people have no concrete basis or truth associated with it whatsoever,” it added. The government also stated that the news report seems to be a political witch hunt based on baseless assertions and falsehoods to discredit the Indian democracy and its institutions.

Vaishnaw, appointed minister of information technology, backed the government in parliament, saying the revelation was a hoax and an “attempt to malign Indian democracy and its well-established institutions”. “In the past, similar allegations were made [about the use of Pegasus] on WhatsApp but there is no factual basis to these and have been categorically denied,” he stated

The Pegasus Project report, said to Home Minister Shah, was designed to help the parliament’s “obstructers” as it began its monsoon session. “Disrupters are the global organizations which do not like India to progress. Obstructers are political players in India who do not want India to progress. People of India are very good at understanding this chronology and connection,” he added.

Spying during the Manmohan Era

As per the report of ET, in 2019, Modi stated in his blog, “Remember the UPA years, when the Congress questioned the CAG just because that institution exposed their corrupt shenanigans like 2G, Coal Scam, etc. ”CBI became the Congress Bureau of Investigation”– this allegation was used time and again on political parties just before crucial parliamentary votes.

Tensions were deliberately created in organizations such as IB and RAW. A policy decision was taken by no less than the Union Cabinet was torn into pieces by someone who was not a member of any ministry and that too, in a press conference. The NAC was created as a body parallel to the Prime Minister’s Office. And then, BJP questioned, “How can Congress talks about institutions?”

Modi also talked about the “multiple defense scams under many Congress governments” and slammed Congress for “lacking internal democracy”.

During the UPA regime, there were twenty such examples in which phones were tapped while adhering to all rules and regulations. During the Congress era, more than 9000 phones were tapped each month for spying on people. Prime Minister Manmohan Singh spoke out about the phone-tapping scandal, justifying it on the grounds of national security, fighting tax fraud, and money laundering. It was not the only incident where electronic devices were tapped in India, and it is not strange that this time also the blame is on union government bodies.