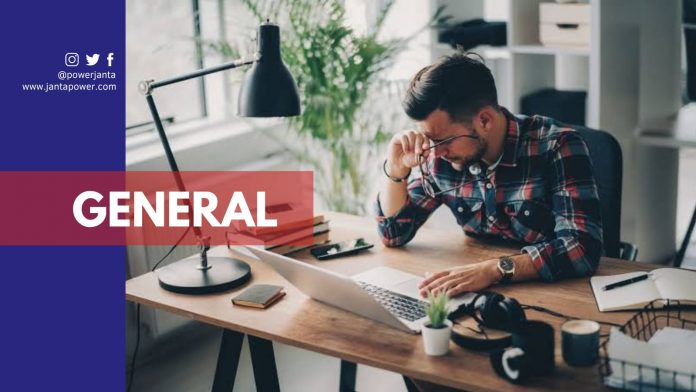 Mental health issues have always been a hot topic of discussion. Whether it’s about the mental health conditions of children, youth, elders or it’s about working or non-working people. The working pressure, time constraints, and working environment cause lots of mental-related health issues in employees of a company. Now, recent research has revealed that it’s possible for people to spread mental-health issues from one company to another like an infectious disease.

According to the study published online in May in the Administrative Science Quarterly, new hires having mental issues like anxiety, depression, or high levels of stress are more likely to transmit these sentiments to their new coworkers.

The study reveals that hiring a professional who has previously been diagnosed with at least one of these illnesses boosts the incidence rate—the number of coworkers at the new company who receive comparable diagnoses—by around 6.32 percent. The co-author Julia Kensbock, an assistant professor at the Maastricht University School of Business and Economics in the Netherlands said, “The paper looks at the spread of mental-health disorders through an epidemiological lens.”

For the research purpose, the authors looked at 250,000 employees at 17,000 Danish companies in approx. 19 years (1996 to 2015). They employed labor statistics to follow people’s work histories and account for factors like occupation and business size. They then linked the job data with medical information from Denmark’s healthcare system to find workers who had anxiety, depression, or stress-related disorders. All of the information was kept anonymized.

When it comes to spreading mental illnesses between companies, the mental health of a new worker was the most important factor. Other important elements, according to the authors, include the circumstances at a new hire’s former job. According to the authors, when a former workplace had a high rate of depression, anxiety, and stress, an employee who left for a new job generally brought those unpleasant feelings with them. This leads to the new firm’s incidence rate jumped by 7.38 percent.

The authors discovered that managers were more contagious than other new hires. Other than them, Bosses diagnosed with mental illnesses who also came from firms with high levels of mental illnesses raised the incidence rate at their new firm by roughly 8.6%.

According to the authors, mental diseases are spread because people prefer to copy the conduct of their peers, which is a psychological phenomenon known as social contagion. When it comes to the workplace, the authors believe that coworkers could, for example, imitate or duplicate a new hire’s behaviors on the demanding, tiring, or threatening traits of the job. As managers interact with more people and may even act as official role models, the contagion would get amplified.

The authors suggested that the study findings should not be used to rule out hiring persons who appear to be depressed, worried, or stressed. Rather the findings should inspire companies to develop a more supportive and friendly environment in which all employees, particularly new recruits, are encouraged to seek professional aid when necessary. These efforts are vital in the first few weeks and months when a new hire starts working. The authors advised employers to make it clear to their employees that mental health concerns aren’t a sign of weakness, but rather something that most individuals face at some point of time in their life.

The research does not look into the reasons for employee’s poor mental health at the company. However, another study indicates that variables such as time constraints and a big workload contribute to a stressful work environment. Hence, it’s advised to make the working environment less stressful, so that workers can give their best without getting diagnosed with any mental illness.