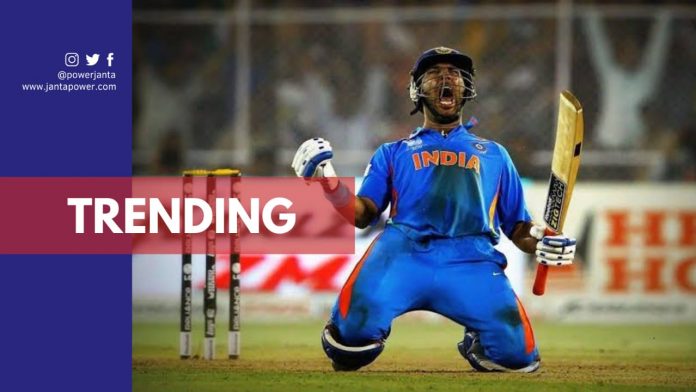 Yuvraj Singh has startled the cricket world with a late-night Instagram post announcing his return to the ‘pitch,’ leading fans to speculate whether the two-time world cup champion is restarting his professional career two years after announcing his retirement.

Yuvraj posted a video of his final century in India’s colors, when he hit 150 against England in Cuttack, and stated that he will return to the field “hopefully in February” due to “popular demand.”

He also asked supporters to keep supporting the Indian squad, which has lost both of its initial matches against Pakistan and New Zealand at the ongoing ICC Men’s T20 World Cup 2021 in the United Arab Emirates.

“God decides your destiny !! On public demand, il be back on the pitch hopefully in February! Ain’t nothing like this feeling! Thank you for your love and wishes, mean a lot to me! Keep supporting 🇮🇳 it’s our team and a true fan will show his or her support in tough times,” Yuvraj wrote.

However, he has not stated in what role he would be returning. In 2019, the 39-year-old declared his international retirement, although he continued to play in leagues throughout the world.

This news comes when team India is in a very tough spot for the ongoing T20 World Cup campaign. Whereas, Yuvraj Singh was a major contributing factor for the men in blue to win the 2007 and 2011 world cups who remains one of the best middle-order batsmen in India. People talked about how hard it is for the squad to perform staying in the bio bubble. However, a Twitter user decided to give a very befitting reply concerning the Indian squad and Yuvraj Singh.

Replying to @CricCrazyJohns, who wrote, “Bubble life is tough, Indian core players have been in bubble from July 4th week and still continuing. Sometimes that will affect their performance as well,” a user named @fpl_pt replied, “Imagine having the honor to represent your team in the World Cup. That’s not good enough motivation for them. Ppl complaining about bubble life need to be reminded that Yuvraj Singh literally vomited blood for days& still was man of the tournament in2011 & taking India home.”

Yuvraj was last seen in action in March of this year when he represented India Legend at the Road Safety World Series. The left-handed hitter was the player of the tournament when India won the 2011 ODI World Cup, and he previously helped the nation win the inaugural World T20 in 2007. During his illustrious career, Yuvraj played 40 Tests, 304 ODIs, and 58 T20Is. He amassed 11,778 runs and 148 wickets across all forms.