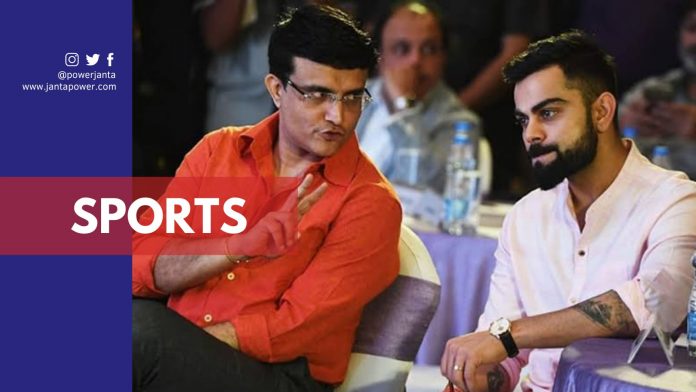 Sourav Ganguly, president of the Board of Control for Cricket in India (BCCI), expressed astonishment after learning about Virat Kohli’s decision to step down as T20I captain. Ganguly claimed that the Indian cricket board did not put pressure on Kohli and that his choice to step down as captain was entirely his own.

Sourav Ganguly stated at Salaam Cricket 2021 that he understood Virat Kohli’s choice to step out as captain of the game’s shortest format. Ganguly emphasized that it is difficult to lead a country like India in all three forms for such a long time, claiming that captains in the past, including himself, had felt burnt out at one point in time.

Virat Kohli stated last month that he will step down as India’s T20I captain following the World Cup in the United Arab Emirates. He cited workload concerns and stated that his focus will be on guiding India in ODIs and Tests, as well as continuing to play as a batter in the game’s shortest format.

Notably, days after making the decision, Kohli stated that he will also relinquish his Indian Premier League leadership. Kohli’s time as captain of Royal Challengers Bangalore ended without an IPL championship, as the former finalists were eliminated in the play-offs. He will be leading the front for the Men in Blue at the T20 World Cup, but it will be his final assignment as captain of the Indian T20I team.

“I was surprised (that Virat Kohli decided to step down as T20 captain). This decision must have been taken only after the England tour and it is his decision. There was no pressure from our end, we didn’t tell him anything,” Ganguly commented.

“I was a captain for six years, it looks good from the outside, there is respect and all that. But you get burnt out on the inside and it happens to any captain. Not just to Tendulkar or Ganguly or Dhoni or Kohli but to the captain that will come up next as well. It is a tough job,” the BCCI President added.

On Sunday, October 24, India will face Pakistan in their first T20 World Cup match. The squad will be hopeful that their skipper, who hasn’t scored an international century since 2019, will be back to his best.