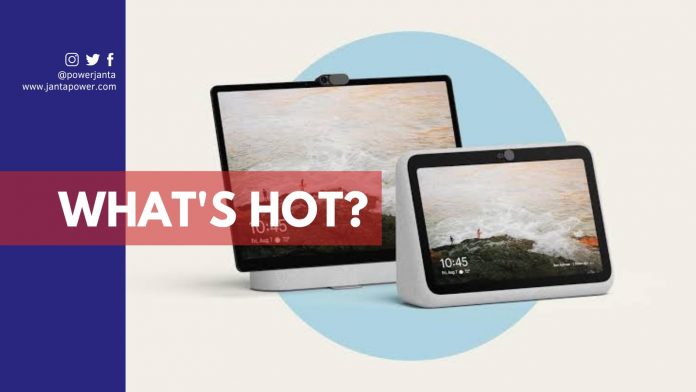 On Tuesday 21 September 2021, social media giant Facebook launched two new models Portal Go and Portal+ for better video calling. Expanding its options for video calling Facebook has decided to launch both the variants of its video calling devices to give its users a better experience. Facebook also announced a new service for businesses that helps companies work accounts and devices.

Through its blog, Facebook said “Today, we are introducing two of our new additions to the portal family of video calling devices. We are also unveiling the new feature for small businesses with Portal for Business. The Go model is a portable 10-inch device, whereas our next generation, the + variant comes with a 14-inch tilting HD display. From October 19, both of the variants will start shipping therefore, pre-order is open now at portal.facebook.com”.

In the US, the Portal Go has been launched for $199 approximately INR 14,737, whereas the price of the Portal+ in the US is $349 approximately INR 25,000. Both of the variants of portals will start shipping on October 19’. Pre-booking windows are open now at portal.facebook.com. However, the company has not revealed yet whether it will launch its devices in other markets or not including India.

Facebook has announced that its portable version will feature smart camera video calling. To make portability easier it gives long-lasting batteries to their Portal devices. The Go model will feature a 10-inch display whereas the + will give you a 14-inch display. With a room-filling sound, the device can also be used as a portable speaker. It also features a 12-megapixel camera with an ultra-wide field of view for immersive video calls.

On the other hand, Portal + gives you a 14-inch screen with a 12-megapixel smart camera with an ultra-wide field of view. It has also a stereo speaker for better sound quality experiences that can deliver high-fidelity sound. It includes a ‘household’ mode that gives its users the facility to share the portal and allows them to control other’s access to their apps and contacts. It also provides its users a way to watch TV through the product with others who are not using it.

Facebook also announced that in December it would start adding support for Microsoft teams in its portal devices. The spokesperson said, “due to COVID-19 there had been increased sales and usage”.