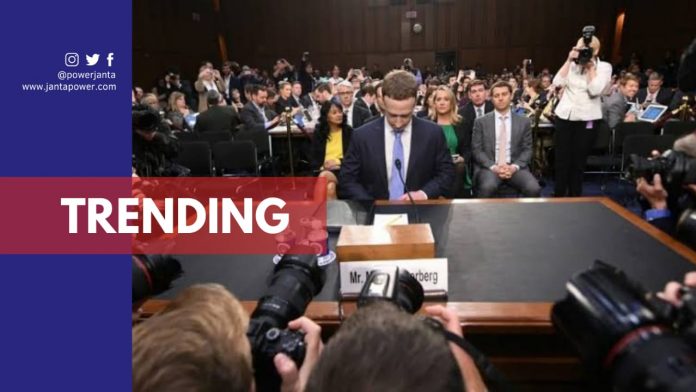 Disappointment and bemusement have greeted Facebook CEO Mark Zuckerberg’s announcement that the social media behemoth will rebrand its holding company as Meta in a virtual-reality redesign. On Thursday, Zuckerberg said that Meta will include Facebook, as well as applications like Instagram, WhatsApp, and Oculus VR.

In a tweet, Facebook announced, “Announcing Meta — the Facebook company’s new name.” “Meta is helping to build the metaverse, a place where we’ll play and connect in 3D. Welcome to the next chapter of social connection.” The rebranding comes at a time when the corporation is dealing with a slew of public relations issues.

The Facebook Papers, a collection of recently disclosed papers, revealed the company’s inner workings, with charges from whistleblower Frances Haugen that Facebook prioritized profitability before eliminating hate speech and disinformation on its site.

The Daily Show, a satirical late-night news show, altered Zuckerberg’s Meta presentation video by superimposing the tech tycoon above footage of the Capitol rioting on January 6 and the 2017 Charlottesville white supremacist march. Facebook was used to organize both gatherings.

As footage of Capital rioters and a group of tiki torch-wielding white nationalists plays in the backdrop, Zuckerberg adds, “Imagine you’ve put on your glasses or headset and you’re suddenly in your home environment, and it has a tremendously inspirational view of whatever you find most beautiful.”

Politicians from all political parties have weighed in on the contentious rebranding. Alexandria Ocasio-Cortez, a progressive representative from New York, called the firm “cancer to democracy” and “a worldwide surveillance and propaganda engine for bolstering authoritarian governments and undermining civil society.”

US Senators Richard Blumenthal and Ed Markey didn’t hold back either. Blumenthal, a former Connecticut Attorney General, claimed the name change was intended to “confuse” and “distract,” but that it “won’t erase years of deceitful methods & disrespect for privacy, children’s well-being, propagating hatred, & genocide.”

Markey flatly refused to accept the name change. “Facebook wants us to call it Meta,” he continued, “but we’re just going to call it what it is: a menace to privacy, democracy, and children.” Aside from the rebranding’s motivations, several people were offended by the term Meta. “Meta is such a low-effort, first-draft name,” commented comedian and producer Mike Drucker.

“And it was on that day that ‘that’s so meta’ went from being an interesting observation to a devastating insult,” writes author and science YouTuber Hank Green. Other businesses have followed suit in rebranding. Fast-food outlet Wendy’s tweeted: “Changing name to Meat.”

The official Twitter account also went on board with a hilarious response saying that they had “big news,” followed by the disclaimer – “lol jk still Twitter.” Jack Dorsey, the CEO of the social networking site, provided a description to anybody who was perplexed by the move. He defined meta as “relating to itself or the conventions of its genre; self-referential.”

READ MORE: Facebook Wants To Build Metaverse: Is It Really An Alternate World?