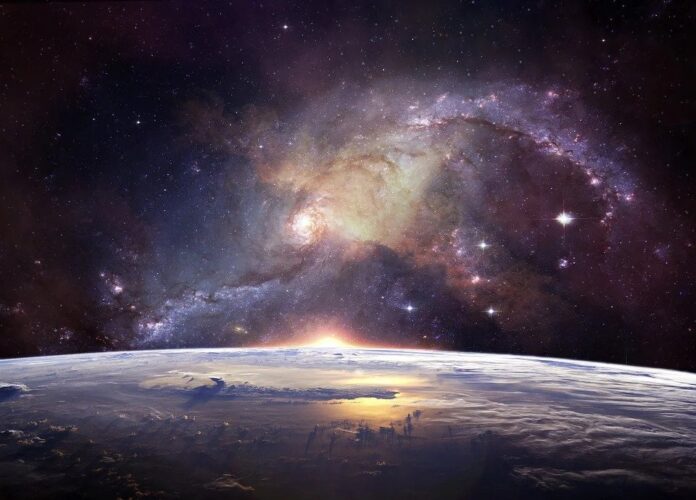 The cosmologists are shocked to discover that the expansion of the universe is happening much faster than they anticipated. They are now convinced that they might need some new theories of physics to measure and study the working of the cosmos.

The Measurement of the Expansion Rate

A rate known as the Hubble constant is used for the measurements of radiations that came right after the Big Bag which reveals the exact ingredients of the early universe. These ingredients are plugged into a model of cosmic evolution and they run it forward to measure the current expansion rate of the universe.

In order to measure the Hubble Constant, the cosmologists need 2 pieces of information. One, the distance of a certain galaxy from Earth. Two, How fast it moves away.

Astronomers use stars that dim and brighten at regular intervals. They take these intervals as reference points, also known as Cepheid Variables. The pulse rate is measured to determine the actual luminosity of the star and by comparing it to the luminosity it emits, astronomers can measure the distance between us and the galaxy.

The “cosmic distance ladder” is measured and as the galaxy moves further away, the light it emits becomes red-shifted due to the expansion of the space between the Earth and the galaxy. Considering the spectrum of that galaxy and how red-shifted it is, cosmologists make an estimate of its speed. Once they have these two data, they can use the Hubble constant to measure the expansion rate of the universe.

However, this method is now disposable. With time, the measurements were getting more precise, yet the cosmos with its exploding supernovas and a larger Hubble Constant keep on expanding. According to the new research, the current rate of expansion is 10% faster than prediction while the probability of it being a coincidence is just 1 in 100,000.

It is now almost established that the faster expansion of the universe is not a hoax. But what exactly is causing this phenomenon?

There’s no particular proven theory behind why the universe is expanding so fast. However, there are some speculations that are close to explaining this anomaly. Here are some of those factors.

Apart from all the familiar forms of matter and radiation, there are also invisible substances known as dark energy and dark matter. You’d be surprised to know that 96% of the universe consists of this dark matter. There are no strong statements regarding the dark matter but it can be the cause of disruption in the standard model.

It’s assumed that the dark matter has slow-moving particles that won’t interact with light and there might be multiple dark particles for all we know. According to a paper published in Physical Review D, a form of dark matter that decays into lighter particles. As more and more dark matter decay with time, the gravitational pull is lessened and sped up the expansion of the universe. Although, Loeb, the author of the publication is himself dissatisfied with his theory since it introduced two new parameters to resolve one discrepancy.

The standard model of cosmology includes everything from matter to dark matter and all of it falls into Einstein’s theory of Gravity. Due to that, it was possible to measure the expansion of the universe up until now. However, recent studies suggest that there’s a modified gravity model that there is unknown radiation in the early universe and its pressure has increased the rate of cosmic expansion. It is now in consideration that a new theory needs to devised that would not only describe how the universe expands but also how it evolved.

Inconsistency in the Dark Energy

The repulsive dark energy is the “cosmological constant” with a mysterious nature and a constant density everywhere. It’s the energy of the cosmos itself and there are chances that the amount of the dark energy might not the constant. An extra dose of dark energy can put outward pressure that can result in speeding up the expansion of the universe. Particle physicist and cosmologist Lisa Randall says, “The tricky part is that [early dark energy] can’t really stick around; it has to go away quickly,”.

There are also the quintessence dark energy and phantom dark energy that might also show a similar form of inconsistency as the universe ages.

The universe is something we might never know the full extension of. However, a few of them are obviously not beyond human limits. Determining why the universe is expanding so fast is definitely something our cosmologists would like to and possibly, will be able to find out soon. Even devising a new theory beyond Einstein’s is also under consideration. After all, with Science, possibilities are limitless!