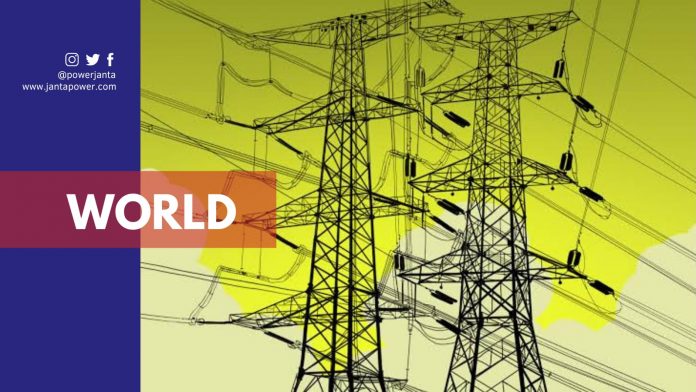 The world is experiencing an energy shortage as natural gas, coal, and other energy supplies are insufficient to meet demand. Natural gas, oil, coal, and other energy sources have already reached multi-year highs. The impact of China’s energy crisis is beginning to spread throughout the world, affecting everyone from Tech industries, Australian sheep farmers to paper manufacturers.

As energy prices have an impact on economic decisions throughout the supply chain, the spike in prices has had a substantial impact on economies, with many businesses in Europe and Asia closing due to high energy costs.

The situation is even more inconvenient, given that the shipping industry is already dealing with clogged supply lines, which are causing delays in clothing and toy deliveries for the year-end holidays. It also comes as China’s harvest season begins; prompting concerns about skyrocketing food prices.

According to economists, China’s economic growth is expected to decline. Still, as part of its efforts to calm the situation, Beijing has been combing the globe for power suppliers. Many Chinese firms halted production for the “Golden Week” holiday this week, and economists are monitoring to see if power shortages resurface once work resumes.

However, certain companies are already feeling the heat, and the damage they’re suffering might swiftly spread to other industries. Let’s have a look at those sectors that are severely affected due to the energy crisis:

Paper industries are heavily impacted by the power crisis. During the pandemic, demand for cardboard boxes and packing materials was already at an all-time high, putting a burden on production. The temporary shutdowns in China have hit the production of paper and cardboard even harder, resulting in a projected 10% to 15% decline in supplies for September and October. Businesses currently dealing with a global paper shortage would face additional challenges due to this.

Sheep farmers in Australia, who supply about 90% of the world’s apparel wool are bracing for lower demand as they try to sell their wool at auctions. Chinese mills reduced production by up to 40% owing to power outages last week.

The food supply chain is also in jeopardy, as the world’s largest agricultural producer faces a more difficult harvest season as a result of the energy crisis. Food prices have already risen to a decade high, and fears are growing that the situation could become worse as China struggles to manage commodities such as corn, soy, peanuts, and cotton.

Several facilities, such as soybean processors that crush beans to make a meal for animal feed and oil for cooking, have been forced to shut down or restrict operations in recent weeks to conserve electricity. Fertilizer prices are increasing, crushing farmers who are already struggling to keep up with escalating expenditures. Power outages in the dairy industry might cause milking equipment to stop working, while pork producers would be put under pressure due to a shortage of cold storage.

China is the world’s largest producer of electronics ranging from iPhones to gaming consoles, as well as a major center for the packaging of semiconductors used in automobiles and appliances. Hence, the power crisis will hit the IT sector.

Several corporations have already had to shut down their Chinese operations in order to follow local regulations. Last month, Pegatron Corp., an important Apple partner, announced that it had begun to implement energy-saving measures. Meanwhile, the world’s largest chip packager- ASE Technology Holding Co. has paused production for several days.

If the energy crisis worsens, it might stifle production just as the year-end shopping season approaches. After a global chip shortage that will last far into 2022 and beyond, industry mainstays like Dell Technologies Inc. and Sony Group Corp. have to afford another supply disruption.

Any further deterioration in the semiconductor sector would cause more problems for automakers, as they are already experiencing production constraints because of chip scarcity. This industry is high on the list of protected industries and has generally escaped the effects of the power crisis, but there have been a few rare incidents. Toyota, which builds more than 1 million vehicles a year in China at plants in Tianjin and Guangzhou, has stated that the power outages have hampered parts of its operations.

Governments of different countries are taking initiative at their level best to cope up with the global power crisis. But, the worldwide economic impact will be determined by how quickly those initiatives get successful and show favorable results.