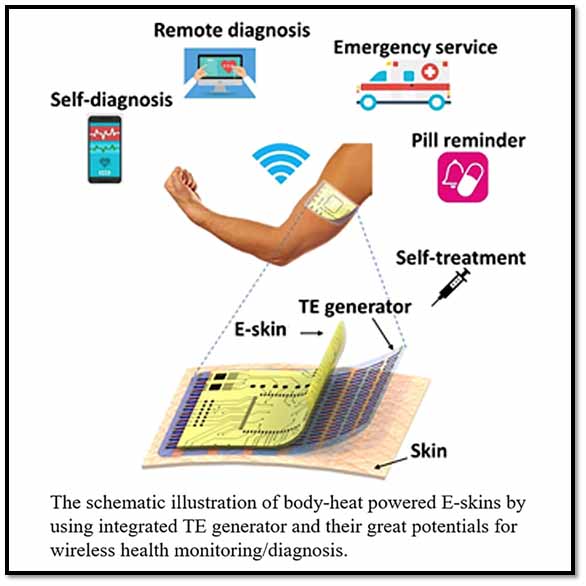 Science never fails to amuse us and so doesn’t technology. By now, the world has made it accustomed to the co-existence of artificial intelligence. But, who thought of wearing artificial skin on a day that comes with sensors?

WeIGao, the assistant professor at Caltech’s Andrew and Peggy Cherng Department of Medical Engineering, has developed an electronic skin, which can be placed directly on top of the real skin on the human body, and has been incorporated with sensors to react to some of the external actions applied on the skin.

E-skin refers to a thin, flexible, and stretchable electronic material that mimics the human skin and can sense pressure, temperature, and stretch. It is graphene-based and can be easily transferred onto various surfaces such as the human skin, leaves, and silk. It could also be attached to masks and throats to measure body signals such as breathing, heartbeat and voice. The skin exhibits high sensitivity and long-term stability, which can also withstand higher temperatures with all comfort to put on.

The pattern of the graphene-based electronic skin can be personalized by the help of laser scribing technology, a feature that is expected to promote and commercialize it.

The attached sensors can monitor body temperature, heart rate, blood sugar level, and metabolic by-products that are indicators of health, besides detecting the neuro-signals that control body movements and reflex actions. It runs solely on biofuel cells powered by one of the body’s own waste products.

According to Gao, “One of the major challenges with these kinds of wearable devices is on the power side. Many people are using batteries, but that’s not very sustainable. Some people have tried using solar cells or harvesting the power of human motion.” However, what the researchers chased is the fact whether sweat can produce sufficient energy to power the wearable skin, to which the answer, according to the scientists is “yes”.

Probably now, the real meaning of “skincare is healthcare” will gain the true meaning.