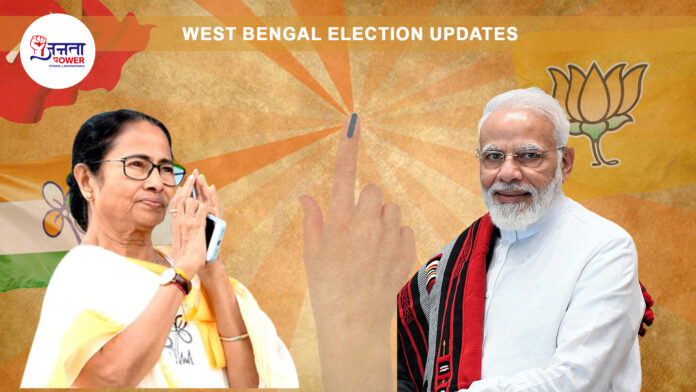 Amid rising Covid-19 cases in the country, the EC has announced an all-party meeting with the motto to discuss campaign-related matters on Friday. The Election Commission has determined to employ 11 more police observers in West Bengal ahead of the fifth phase of the assembly polls on April 17. It is for a precautionary measure to avoid any Sitalkuchi-like incident where four people were killed in CISF firing, an official said on Thursday.

As per the officer, presently 55 police observers are working in the state for the ongoing elections. “The EC has decided to deploy 11 more police observers ahead of the fifth phase of polling on April 17 in 45 assembly constituencies. We do not want a repetition of any Sitalkuchi-like incident,” the official said. Four people were killed in Cooch Behar’s Sitalkuchi on April 10 as central forces opened fire amid polling for the fourth phase allegedly after coming under attack from locals, who “attempted to snatch their rifles”, police had said.

The Election Commission came under the objection of the TMC Government, with Mamata Banerjee and Mahua Moitra showing out that West Bengal did not want an eight-phase election. Mamata Banerjee stated, “Amid an ongoing pandemic, we firmly opposed EC’s decision to conduct West Bengal polls in eight phases. Now, in view of the huge surge in Covid-19 cases, I urge the ECI to consider holding the remaining phases in one go. This will protect the people from further exposure to Covid-19.”

The Chief Election Commissioner of West Bengal conducted officials and all the political parties to guarantee strict compliance with the COVID-19 guidelines ahead of the fifth phase of polling, which is scheduled for the 16th of April. The officials were asked to assure that voters keep at least a 2-feet of distance at the polling booths in the prospect of worsening the COVID-19 situation.

“At 55-56, I work harder because my younger generation”- Salman Khan