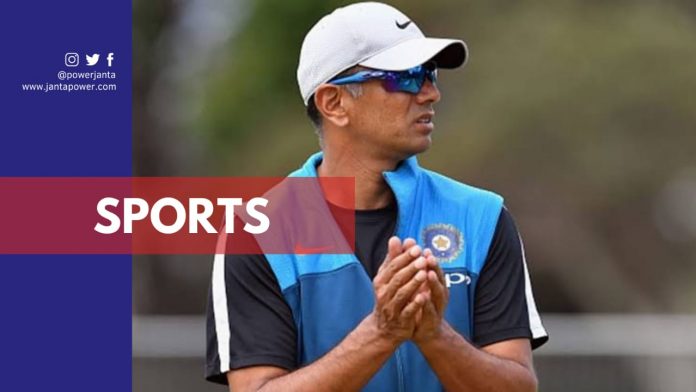 After being named as Ravi Shastri’s possible replacement on Wednesday, former India captain Rahul Dravid says he is already looking forward to working with the national team as head coach. After Shastri’s term concludes at the end of India’s current ICC T20 World Cup 2021 campaign, Dravid will take over as coach.

Dravid was previously in command of India’s under-19 and ‘A’ teams and is recognised with a constant supply of new talent as the head of the National Cricket Academy. He played 164 tests and 344 one-dayers between 1996 and 2012, accumulating more than 10,000 runs in both formats.

“I’m really looking forward to this role. Under Shastri, the team has done very well, and I hope to work with the team to take this forward. Having worked closely with most of the boys either at NCA, Under-19 and India ‘A’ setup, I know they have the passion and desire to improve every day,” Dravid said, adding, “There are some marquee multi-team events in the next two years, and I look forward to working with the players and the support staff to achieve our potential.”

Shastri, who has been in charge since mid-2017, has said he will not seek an extension when his term ends after the upcoming Twenty20 World Cup in the United Arab Emirates. Dravid, according to BCCI secretary Jay Shah, is the best candidate to succeed Shastri.

“With two World Cups coming up in the next two years, it’s critical to have a smooth transition, and the former India captain is the best man for the job,” Shah stated. He also went on to say that the BCCI will appoint other coaching professionals to assist Dravid in the near future.