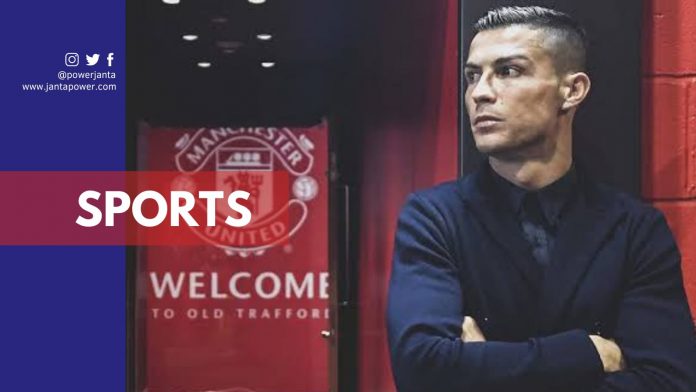 Earlier this month Cristiano Ronaldo, 36, broke the internet when he announced that he will be joining his career breakthrough club, Manchester United. Now, it’s time for his 2nd Premier League debut. Today, the highest goalscorer of all time along with the Red Devils will be facing off against Newcastle. This was confirmed by the manager, Ole Gunnar Solaskjaer.

Ronaldo returns to his old team in a dramatic way right before the transfer deadline. The 36-year-old striker left Manchester United in 2009 to join Real Madrid. On Friday Solskjaer said, “Ronaldo would play at least some part of the Premier League clash with Newcastle”. It remains unclear that the winner of the five-time Ballon d’Or will start or come off the bench. On the other hand, the manager also gives a sign of confirmation by saying “he’s not signed to sit on the bench,”.

Further United manager said “here, he is had a good week with us. He’s played for the national team, he is having a good pre-season with Juventus”. Further “definitely, he will be on the pitch at some point, that’s for sure,” Solskjaer said.

CR7 and His Relationship with United

August 12, 2003, 18 years old Ronaldo was welcomed in Manchester United. Ronaldo made his debut as a substitute for Nicky Butt against Bolton in the 2003-04 season. This megastar helped United win three Premier League titles, two Football League cups, one FA Cup, and an elusive UEFA Champions League between 2003 to 2009.

Ronaldo was one of the best Midfielders of Manchester United if not the best. When he was leaving the Red Devils for Real Madrid he had told outlets about his mentor Sir Alex Ferguson. “Ferguson has been my father in sport, he is a most influential and important factor in my career.  I’ll always have great affection for him, and he will occupy a special place in my heart. I have to thank him for all that he taught me”.

CR7 has won 32 trophies in his career. In this seven-league title, five UEFA Champion league, one UEFA European championship, and one UEFA Nations League. He has a record of scoring the maximum goal number of international games (111) by a male in football history. He has held the record of scoring over 780 goals for club and country.

Ronaldo has a good track record against Newcastle. Ronaldo appeared a total of 11 times against Newcastle and won 10 out of those games. He scored 6 goals along with 5 assists. Let’s see what happens today when Ronaldo and Newcastle will be face to face once again. No matter whose fan you are, today all eyes will be on the Portuguese when he makes his 2nd debut in Premier League.

ALSO READ: The 5th Test Between India And England Cancelled: Who’s At Fault?