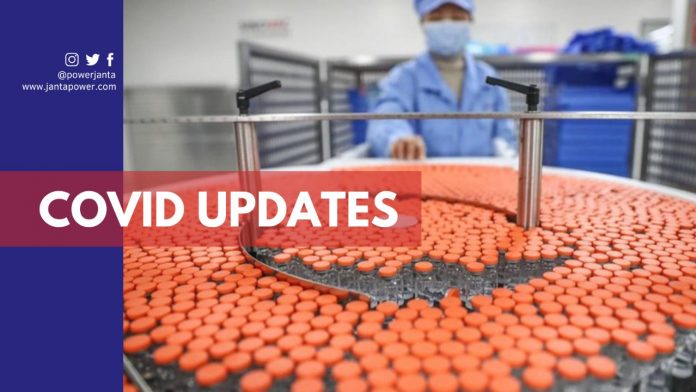 Currently, the distribution of covid 19 vaccinations has been skewed towards rich foreign locales. Despite donations from wealthier countries, vaccines against COVID-19 are not reaching many people in the developing world. In low-income nations, less than 1% of people are fully vaccinated and only 10% in lower-middle-income countries, compared to more than 50% in high-income countries. Hence, new COVID 19 Vaccines are the need of the hour.

The discovery and production of new COVID 19 vaccines are expected to be the remedy for this disparity. Only seven vaccines have been approved by the World Health Organization so far, with 125 still in various stages of medical development. Also, 194 vaccines are in the pre-clinical development stage.

With 32 candidate vaccines under medical development by domestic pharmaceutical companies, including four with international collaborations, the United States is far ahead in the race. On the other hand, China with 19 candidates is in the second position. India has seven new COVID 19 vaccines development under its pipeline, including three with overseas partners—one each with the United States, Australia, and Iran.

RNA vaccines have gotten a lot of attention due to the success of Moderna and Pfizer BioNTech vaccines. Other vaccines based on protein subunit (like the Novavax vaccine) and non-replicating viral vectors (like Covishield) account for half of all candidates within medical (35 percent and 15 percent respectively). Another 27% of vaccines are made up of DNA and RNA.

If successful, several of the 125 vaccines could be ideal for overseas regions or areas where distribution is difficult. Nineteen of the vaccines will only require one dose, while three will be given orally. All of the oral candidates are undergoing Phase 1 medical trials, which test their safety. In total, 34 candidate vaccines have passed the first two steps of testing.

India has delivered 926 million doses so far, second only to China. However, in the last two weeks, the rate of vaccination has slowed down. It provided 6.1 million common daily doses in the week ending October 6. This is two-thirds of the pace a month ago and the slowest since the third week of August. To date, India has provided 65.9 doses per 100 people. Himachal Pradesh and Kerala are leading with 1,146 doses and 1,017 doses per 1,000 people respectively. On the other hand, Uttar Pradesh and Bihar trail behind the rest of the country with just 471 and 475 doses per 1,000 people respectively.

Despite this many doses of vaccines, Kerala accounts for 56 percent of all new cases in the country. However, all 14 districts of Kerala saw a drop in incidents last week, the first time since the Onam celebrations when incidents began to rise. This week’s report on covid-19 reveals that seven states have reported an increase in cases, with Maharashtra and Mizoram reporting significant increases.

The death rates in India have also dropped down. India reported 1,789 covid-related deaths this week, the first time the country’s death rate has fallen below 2,000 since the third week of March. This week, eighteen states and union territories reported fewer deaths than the previous week. Also, the other four states and union territories witnessed no change and eight of them claimed to have no deaths.

The development of new vaccines worldwide will help in fighting against the third wave of covid-19. The availability of different vaccines in large amounts will help in the rapid vaccination process which will surely lead to less or no deaths in the future due to covid-19.

ALSO, READ: COVID-19 Transmission Is Expected To Continue For A Long Time