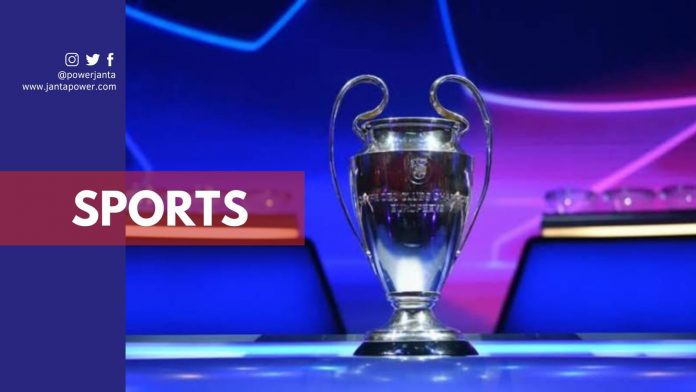 The world’s biggest and most admired football league- UEFA Champions League 2021/22 is going to start today. The excitement of football fans around the world is soaring high. Thirty- two teams from all over Europe will battle against each other over the next nine months to win the most desired trophy in Europe. The finals will take place on May 28 at Krestovsky Stadium in Saint Petersburg, Russia.

Last year, due to covid-19, the matches were played in the absence of fans and spectators; However, this year, fans and players are excited to be together in Europe’s elite competition. Chelsea, the last season champions, will play against Zenit St Petersburg to Stamford Bridge today to defend their crown and title. On the other hand, Cristiano Ronaldo is also set foot on the pitch as a Manchester United player to face off against Young Boys. People will surely be at the edge of their seats.

Following are some of our predictions and expectations for the UEFA Champions League in 2021-22:

Teams to be in Top 4 of the League

This season’s Premier League teams competing in the UEFA Champions League are among Europe’s best. Our prediction for the top four teams includes Manchester City, Chelsea, PSG, and Manchester United. Last season’s finalists Manchester City and Chelsea have evaluated their squads’ deficiencies and made necessary adjustments. While Manchester City enrolled Jack Grealish, Chelsea signed Romelu Lukaku to help them with their goal-scoring problems. However, the squad of Paris Saint Germain will be the eye-catcher for everyone.

On one hand, there is arguably the greatest player of all time, Lionel Messi joining the star-studded team. Then there is the former Real Madrid captain Sergio Ramos, the best goalkeeper of Euro 2020, Gianluigi Donnarumma along with the present main men: Mbappe and Neymar. If any team has the best chance at winning the league, it sure is PSG.

Manchester United has finally bulked up and now resembles a European powerhouse. The Red Devils have gone about adding some world-class players to the squad over the last couple of seasons. With the other GOAT Cristiano Ronaldo joining the Red Devils once again, the team is most likely to be the favorites to win the title. Along with a power-packed squad including Jadon Sancho, Raphael Varane, Bruno Fernandes, Paul Pogba, and Luke Shaw, United is surely a strong contender this season.

Yes, this can be true. Though Lionel Messi and Cristiano Ronaldo are the world’s best players and highest goal scorers, this time Robert Lewandowski will most probably be ahead of them. Over the last two seasons, the Polish international has scored 20 goals in 16 UEFA Champions League outings.

Both Lionel Messi and Cristiano Ronaldo have moved on to new clubs. Ronaldo may have returned to Manchester United and is expected to perform well but, outscoring an in-form Lewandowski will be difficult for him even though the Champions League is something where Ronaldo is always at his best.

On the other hand, Messi is surrounded by a tremendous amount of talent. Hence, we predict that PSG’s goals will be distributed among numerous players and that the former Barcelona man will not be particularly ahead of the race.

Jack Grealish will be the best player

Manchester City moved on to sign Jack Grealish, one of the Premier League’s most creative players, this summer. In just four Premier League outings, he has already generated 13 chances from open play. In Europe’s top five leagues, no player has created more.
Though he is settling down in his new team, once he hits his stride, the sky is the limit for this English talent. Grealish is a technically refined attacking midfielder and his directness will add an edge to Manchester City’s attack. Grealish is expected to make a lethal combo with Kevin De Bruyne.

Champions League not to be won by Paris Saint-Germain (PSG)

Even though PSG has players who have won everything there is in football, excess of anything can prove to be dangerous. The PSG side has the likes of Lionel Messi, Neymar, Kylian Mbappe leading the front along with Angel Di Maria, Marco Verratti, and Achraf Hakimi. However, that doesn’t mean they will be enough to win the title.

After the arrival of Messi in the team, a question arises about where Angel Di Maria might play. PSG’s recent success in Europe has been largely down to Di Maria. Messi has also shown a reluctance to relinquish his defensive responsibilities in recent months. As a result, he’ll almost certainly be a regular in PSG’s starting lineup. This will certainly risk Neymar’s relationship with Mbappe. Moreover, the combinations will be the biggest challenge for PSG. Who will be on and off the bench – who shall pass and who should shoot – everything is hanging on a 50/50 chance.

Borussia Dortmund clung to their prized possession- Erling Haaland for good cause. The Norwegian international has had a strong start to the 2021-22 season. In six games across all competitions, he has already scored eight goals. Further, he is aided by a fantastic supporting cast. Behind him, the world-class Marco Reus and the brilliant Julian Brandt are playing. Axel Witsel, Jude Bellingham, and Mahmoud Dahoud form a midfield that can compete with the finest in the industry.

Dortmund is in Group C and appears to be the group’s best team.