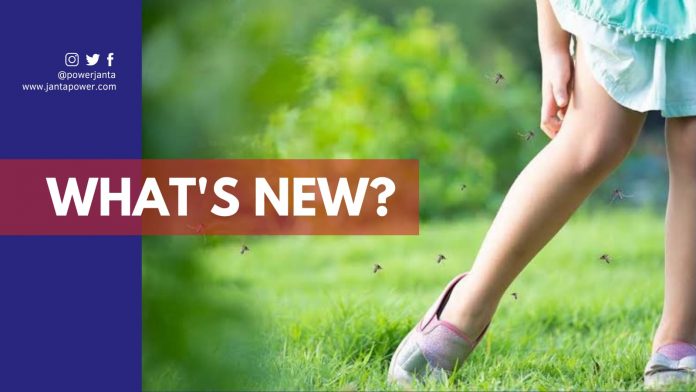 Scientists have employed the gene-editing technique Crispr-Cas9 to make humans invisible to Aedes aegypti mosquitos. What if you become invisible to mosquitos? For starters, you would no longer have to flee from the swarming clouds of those flying insects. Thus, you would be immune to the dangerous diseases that the mosquitos spread.

Scientists employed the gene-editing technique for the first time to turn humans invisible in the eyes of Aedes aegypti mosquitoes. The researchers eliminated the mosquito’s capacity to target hosts. They removed two of its light-sensing receptors to accomplish the job. Aedes aegypti is a salt-and-pepper plague that affects humans all over the world. Female mosquitos search for blood to lay their eggs; it causes infection on tens of millions of people each year with flaviviruses.

“No one has examined this before,” said Neha Thakre, a postdoctoral researcher at the University of California, San Diego, who is investigating Crispr as a mosquito control tool. Dr. Thakre described it as a “wonderful start” in understanding what regulates mosquito vision. “The better we understand how they perceive humans, the better we can control the mosquito in an environmentally beneficial manner,” said Yinpeng Zhan, a postdoctoral researcher.

Anopheles mosquitos hunt at night, but Aedes aegypti hunts during the day and at night to find blood. The species relies on a variety of senses. A slight whiff of carbon dioxide, indicating that someone has exhaled, drives the insect into a frenzy of flight. “They’ll also notice a few of the natural cues from our skin,” corresponding to warmth, humidity, and odor stated Craig Montell. When there isn’t a suitable host available, the mosquito will fly to the closest-appearing target: a darker area.

Scientists discovered that Aedes aegypti mosquitoes were more prone to people wearing dark clothing in 1937. The chemical mechanism by which mosquitos sensed their targets was unknown.

Montell’s lab lacks a wind tunnel. Zhan devised a suitable configuration — a cage with a black circle and a white circle inside — that cost less than $100 and produced the same results as a wind tunnel. Zhan completed spot tests within the cage in the spring of 2019. Jeff Riffell, Claire Rusch, and Diego Alonso San Alberto repeated the experiments in a wind tunnel in the fall.

Montell and Zhan suspected light-sensing proteins are in the mosquito’s eye. It is the key to eliminating the mosquito’s ability to detect human hosts by sensing dark colors. They began by deleting the rhodopsin protein Op1.

Op1 is the most vision protein in the compound eyes of mosquitos. It appeared to be the best candidate for interfering with the mosquito’s vision. Zhan used a special needle with a tiny tip to inject the mutation into thousands of small mosquito eggs.

After the wee mutants had grown into adults, Zhan sucked ten or so females into a tube using a mouth-controlled aspirator. He held his breath, walked over to the cage, and exhaled to release the females with each group.

After huffing carbon dioxide, the Op1 mutants flew to the black dot in the cage, like the wild-type Aedes aegypti. Montell and Zhan, this time, try knocking out Op2. Despite this, the Op2 mutants’ vision did not deteriorate. When they knocked out proteins, the mosquitoes whizzed around. It has no preference for white or black circles. They’d lost the ability to seek out dark-colored hosts.

Where are we really invisible to mosquitos?

In the final two, the double mutants passed all three tests with a weaker response than the wild species. Therefore “invisible to mosquitos” theory is not correct. After all, the mosquitos were not blind “My first transgenic mosquito,” Zhan boasted. “We had a happy ending.”

ALSO, READ: Explaining The Fast Expansion Of The Universe