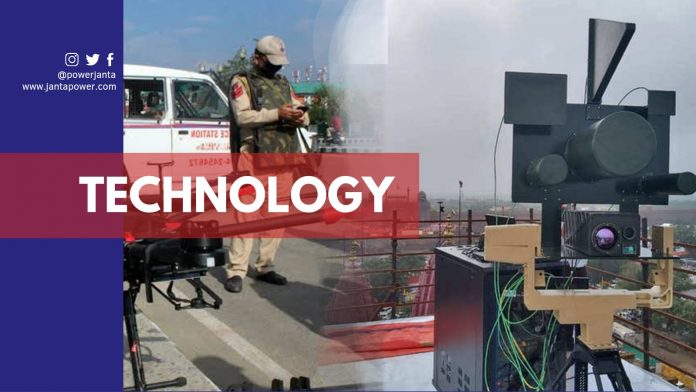 The authorities are on high alert in Jammu & Kashmir after more drone-sighting near the Air Force Station. For the very first time, the drones coming from across the border have hit a military target. Sources reveal that the target was the Air Traffic Control (ATC) Tower and not the Mi-17 Helicopters which are currently based there. In counter to that, DRDO’s Anti-Drone System can really prevent such scenarios to repeat once again.

According to sources, the “Anti Drone System which has been developed by the Defence Research and Development Organisation (DRDO) is likely to be used. DRDO has transferred the technology to the Defence PSU Bharat Electronics Limited (BEL) for the production of the system.”

The Indian Air Force (IAF) will hold the key authority of the program once the Anti-Drone Technology system is acquired. However, in the future, it is likely to coordinate efforts on countering weaponized drones attacks.

So what exactly is the DRDO’s Anti-drone Technology? This technology will use an advanced scanning mechanism to identify and eliminate aerial threats. This could also provide the Indian Armed Forces an advantage while intercepting, detecting, and destroying enemy drones. There’s a laser-based killing mechanism pre-installed that can detect and destroy the drones immediately.

According to DRDO, the Anti Drone system will not only has the capability of detecting drones, but it can also neutralize UAVs. Its radar system offers 360-degree coverage. Its capability is quite remarkable as this tech can identify and muddle micro drones up to 3 kilometers away. It can also shoot laser signals at targets within the 1-2.5 kilometers radius.

Currently, there is no universal policy to deal with hostile drones. Hence, the Ministry of Home Affairs and Civil Aviation is soon to review the existing regulations related to UAVs.Following a drone attack on June 27, an extensive counter-drone strategy was in the works. This will ensure the safety of the nation and prevent any ariel attacks similar to what happened at the Jammu airbase.

On June 29, 2021, PM Modi chaired a meeting with the Cabinet ministers. Defence Minister Rajnath Singh, Home Minister Amit Shah, and National Security Advisor (NSA) Ajit Doval- everyone joined the meeting. The main agenda was to facilitate the process of devising a drone policy for India.