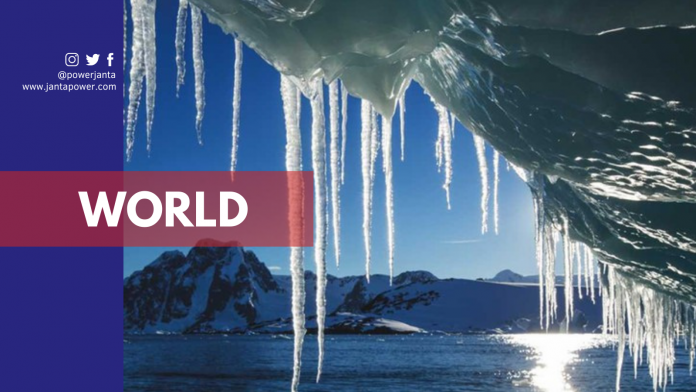 Glaciers all over the world are shrinking fast due to global warming. Hence, to protect them from melting, some private organizers have come up with the idea of covering the glaciers with clothes as shields in summer and saved at least 3.5 meters of glaciers from melting. Recently, the Helags glacier in Sweden, which has been melting fast, has been saved by this initiative.

Previously the initiative was taken by Italy in 2008. It was for the first time that the process was being carried out. Developing countries like India are also suffering from natural calamities due to glacier melting. Some months ago, a part of the Nanda Devi glacier broke out near Joshimath in Uttarakhand, causing a natural disaster.

According to co-instigator Erik Huss, “with wool and corn starch sheet they cover a small part of the glacier just to see that this could be helpful to stop ice and snow to melt little less than normal.” Further, Huss said, “actually this sheet is able to protect the ice from melting by 3.5 to 4 meters”.

Climate experts believe that covering glaciers with long stripes of clothes will help reflect the sunlight and stop the melting of snow to some extent. As per the experts, the protective cover will help to save almost 70% of snow this summer. The cover sheet will work like a reflecting guard for the sun rays, just like the cinematographer used a reflector sheet or filter to minimize light intensity.

Huss and his team regularly try to innovate this idea. They are contacting the clothes producers to make the sheet thinner and light-weighted. Therefore they can easily carry the clothe sheets by hand to minimize carbon emission from the project.

This project can help others be aware of the harm and danger of climate change if the glaciers disappear. Billions of people who used to live near the mountain ranges rely on glaciers for water supply.

Further, Huss said that this is not only a project but is also about doing something. This is a first-time initiative for Sweden but not for the world.

A recent study named Glacio- hydrology of the Himalaya-Karakoram, also warned India that global warming is causing the rapid melting of glaciers in the Himalayan range, leading to natural disasters.