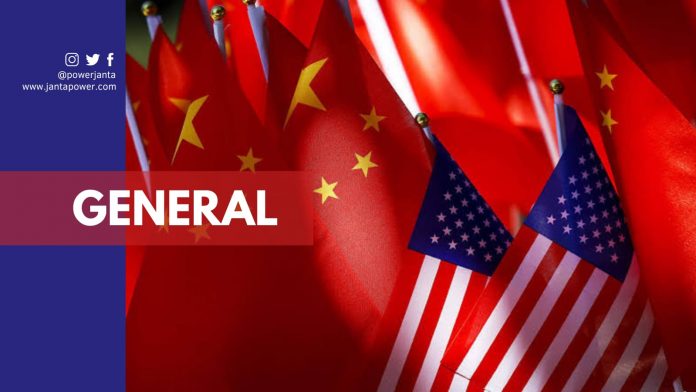 China always wanted to become the world’s next superpower and global hegemon by dethroning the US. According to a report published in “The National Interest”, China seeks to become the world’s next superpower, dethroning the United States and tearing apart the rules-based international system that American and its allies have built since the end of World War 2.

Reports suggest that even though America is facing several threats from Russia, North Korea, Iran, terrorist organizations, climate change, and pandemics. However, China still tops the list and is a primary danger to US national security. It became more significant and noticeable that China wants to replace America and aspire to become a superpower after it tried to build friendly relations with the Taliban after the US withdrew its troops from Afghanistan.

China’s cooperation in reconstructing Afghanistan’s economy, trade, and infrastructure, including irrigation and electric power projects, natural gas pipelines will surely help in boosting the nation’s economy and development. Afghanistan is a country with huge minerals deposits, and after the withdrawal of the US from there, China will surely take advantage of it.

The conflict between the USA and China is not new to the world. The Trade War between both countries showed the world the level of animosity that exists between both countries. The US has long accused China of unfair trading practices and intellectual property theft. And it’s true. China, instead of innovating and inventing something new of its own, always tries to steal technology and copy the product. This costs a huge loss to the countries like the US and Russia who are dedicated to inventing new technologies.

Mike Orlando, the Acting Director of the National Counterintelligence and Security Center in an interview said that “Chinese espionage costs the US between USD 200 to USD 600 billion a year in stolen intellectual property. And this is something that has been happening for the past two decades, which would mean a loss of USD 4 trillion, on the low end, to USD 12 trillion, on the high end; an astounding loss either way.”

To become the next superpower, China is working on its economic, industrial, and technological growth. However, mostly by stealing the blueprints of aircraft (ex- F-35 or F-22) or missile technology, from other big economies like the US and Russia. It is using espionage to fuel its economic furnaces and this poses the biggest threat to US national security and economic prosperity. Currently, China is aiming at stealing “transport technologies, “like quantum computing, autonomous vehicles, artificial intelligence, biotechnology, and 5G.

Though it’s a heavy task for China to dethrone the US and become the world’s next superpower, yet it’s not impossible. China has the second-largest economy just behind the US, and the Covid-19 pandemic has helped its economy to grow faster. If China becomes the next superpower the world may face different issues and threats especially countries like India whose relations are not cordial with China. China has a policy of developing infrastructure in neighboring countries and then trap them in the nasty Chinese debt which will speed up after it becomes a superpower. The emergence of the Covid-19 pandemic from China also made everyone think that it can go to any extent for its benefits and growth.

ALSO, READ: Taliban Restricts Media From Spreading The Messages Of The Resistance