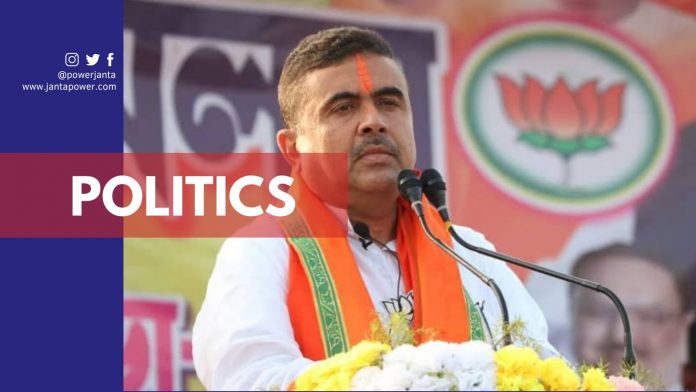 BJP leader Suvendu Adhikari has made the headlines once again. He has alleged that the TMC government in Bengal was denying BJP workers Covid-19 vaccines. On Thursday, Adhikari said that he would urge the Centre to send vaccines directly to the Central government-run hospitals in the state. However, the TMC party has called the allegations rubbish and stated that the BJP leader was doing “petty politics”.

While addressing BJP party workers at the launch of its health volunteers campaign, Adhikari said, “Yesterday, I spoke with newly-appointed general managers of Eastern and South-Eastern Railways. Vaccination is being done in Railway hospitals. We have to include our prominent workers living in remote areas in this vaccination process. We have to prepare a list of our workers and supporters who are being deprived of Covid-19 vaccines because they voted for the BJP. In various places, those who had supported the BJP are being denied vaccines. We have to take these people to alternative places for vaccination.”

Currently, all the Central government-run hospitals in every state get vaccines from their respective state governments.

“I called Union Health Minister Mansukh Mandaviya and also spoke with Gajendra Sekhawat ji. I have requested them to directly send vaccines to the Central government-run health infrastructures in the state…. be it railways, airports, ports, and ESI hospitals. We feel that there is a need to give these people an opportunity to receive vaccines,” Adhikari further added.

Reacting to this accusation, state minister Shashi Panja said, “This is untrue. There is no discrimination when it comes to administering vaccines. The Centre is depriving the state of adequate vaccines. It is sending fewer vaccines than what is required. They are doing petty politics over this.”

In the meantime, Adhikari also wrote a letter to Prime Minister Narendra Modi, saying that the state government was responsible for the floods in Bengal. The BJP leader alleged that even after DVC notifying its plan to release water from the dams, the Mamata Banerjee-led TMC government did not make people aware of it. There was no announcement about that either.

ALSO, READ What Mamata’s Meeting With Sonia And Rahul Means?