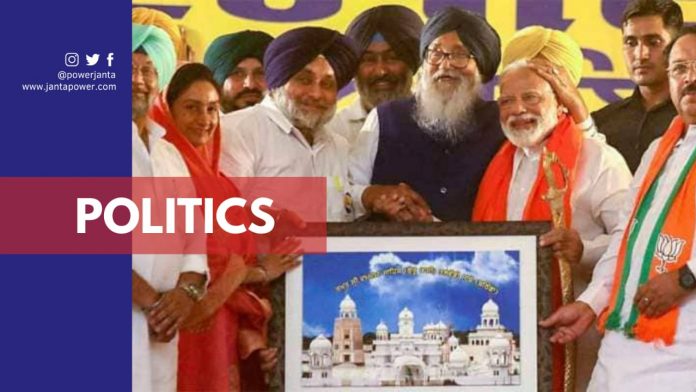 The Bharatiya Janata Party is going all out to court Punjabis voters, particularly the Sikh minority, after formally commencing its campaign for the 2022 Punjab Assembly election on Thursday. “Efforts are already in progress. Soon, the Kartarpur Sahib corridor would be available to the public “Tarun Chugh, a BJP politician, stated.

The Kartarpur corridor, which was blocked on March 16, 2020, because of the Covid-19 epidemic, may be reopened for devotees shortly, according to sources in the Union administration. The Kartarpur corridor is a 5-kilometer walkway that connects the India-Pakistan border to the Gurdwara Darbar Sahib on the other side of the border. Through the Kartarpur corridor, a devotee can visit the gurdwara without a visa on Pakistani soil.

It’s worth noting that, aside from the Shiromani Gurdwara Parbandhak Committee (SGPC), members of the Sikh community have frequently urged the Narendra Modi administration to open the corridor. Pakistan has also shown an interest in opening the corridor from its end. With its election slogan, ‘Nava Punjab Bhajpa De Naal,’ the BJP is expected to undertake a public outreach drive shortly, promoting the Modi government’s decisions for the people of Punjab.

The BJP would offer proper representation to diverse ethnicities residing in Punjab, according to Punjab election in-charge Gajendra Singh Shekhawat, who listed the achievements of the Modi government during the last seven years.

“We deliver, not just promise,” Shekhawat explained. He said that Prime Minister Narendra Modi’s efforts led to the opening of the Kartarpur corridor after Partition.

“The BJP has brought justice to the Sikhs who were victims of the 1984 riots. Sikhs who were previously barred from visiting their home nation can now easily enter India now that the blacklist has been off,” Shekhawat said. According to a top BJP politician, the Langar Seva has been excused from paying GST (goods and services tax), and Harmandir Sahib has been given permission to accept donations from outside countries.

“While AIIMS [All India Institute of Medical Sciences] are being opened at Bathinda and Amritsar, satellite PGI [Post-graduate Institute] centers have been opened at Sangrur and Ferozepur. The two new airports, new tourism sectors, and mega infrastructure projects have also been announced for the state,” Shekhawat further added.

READ MORE: Ahead Of Assembly Polls, UP BJP To Send Diwali Gifts To Booth-Level Workers