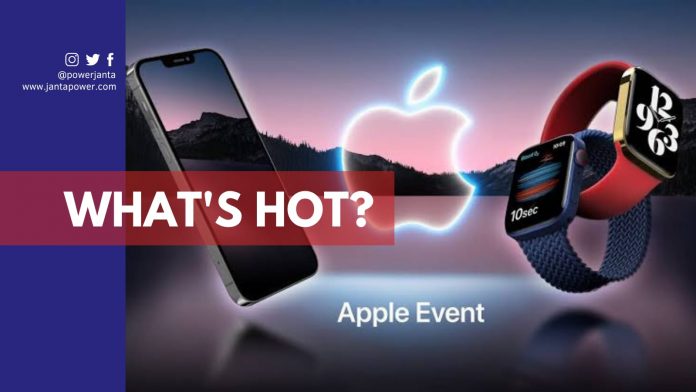 The biggest and the most valuable technology company in the world- Apple is hosting its next event. The event named “California Streaming” will take place today on 14th September today. This virtual event will be held at Apple Park and will be Apple’s third event this year. Earlier it had hosted two events- in April and in June. The technology giant will introduce the much-awaited iPhone 13 series to the world along with the Apple Watch Series 7 and possibly new iPad models at the Apple event.

Like last year, this year too Apple is organizing its event online due to the ongoing covid-19 pandemic. One can watch it on the official site of Apple i.e. Apple.com and also on its YouTube channel. According to Indian time, the event will get Livestream at 10.30 p.m. One can prior set a reminder to get a notification when the event streaming goes live. If you miss the live streaming, don’t worry, you can watch it later on the Apple podcast app.

The iPhone 13 range is expected to include four models – iPhone 13 mini, iPhone 13, iPhone 13 Pro, and iPhone 13 Pro Max. These upcoming iPhones are believed to bring some updates to internal hardware, however, the external design will probably be the same.

According to a report, there will be a feature of satellite connectivity on iPhone 13, although it will be for a select market only. This feature will help people talk even if there is no network available. Other than this, the battery of the new phones is expected to be bigger than the iPhone 12 series. The iPhone 13 phones are believed to come with iOS 15 and the cameras will also get a better night mode, probably a starry mode, among others.

It is expected that the battery life of Apple’s next smartwatch will have an improvement. Mark Gurman recently said that the smartwatch “this year won’t be about health upgrades — rather, the focus will be a new design with flatter edges, that new display, and a new chip.”

Apart from Apple iPhone 13 and Apple watch series 7 smartwatch, it is expected that Apple will launch the next entry-level AirPodswhich may be called AirPods 3. Also, at today’s event, the tech giant is likely to introduce 14-inch and 16-inch MacBook Pros with the company’s custom-designed chipset and SD card slot. There can be other product launches as well. So don’t miss today’s live streaming of the Apple event.