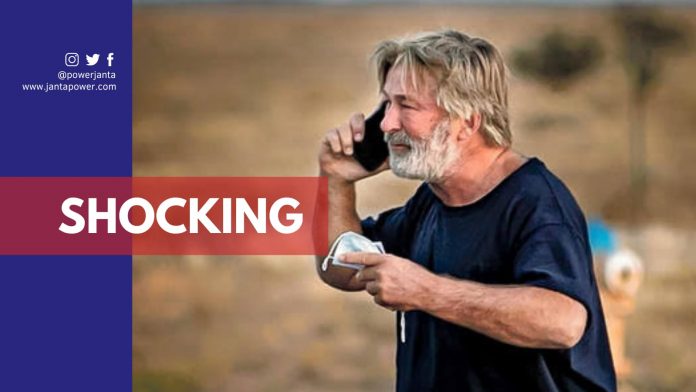 A horrific incident has come to light this morning that got the entire world in shock. On a film set in New Mexico, actor Alec Baldwin shot a fake pistol that killed the cameraman and heavily injured the director, according to US law enforcement officials. The event occurred on the set of Rust in the southern US state of Texas, where Baldwin is starring in a 19th-century western.

The sheriff in Santa Fe stated in a statement that Halyna Hutchins and Joel Souza “were shot when a fake firearm was discharged by Alec Baldwin.” Hutchins, 42, was flown to the hospital by helicopter but died from her injuries, while Souza, 48, was evacuated by ambulance and remains in serious condition.

However, no charges have yet been brought, and the event is still being examined. According to a production spokeswoman, the ‘accident’ included the misfire of a prop pistol loaded with blanks. The event occurred at the Bonanza Creek Ranch, a renowned filming location for Hollywood filmmakers near Santa Fe.

Yesterday, the actor took to Instagram to post a shot from the film’s set. He wrote, “Back to in person at the office. Blimey…it’s exhausting.”

This isn’t the first time anything like this has happened on a movie set. Previously, Brandon Lee, the son of famous martial arts star Bruce Lee, died while filming The Crow. He was shot using a gun that was designed to shoot blanks.

Alec Baldwin is well-known for his roles in films such as The Hunt for Red October, Mission: Impossible, Glengarry Glen Ross, Beetlejuice, and Blue Jasmine. With his impersonation of former US President Donald Trump on Saturday Night Live, he became a well-known face on television. He was also nominated for a Primetime Emmy for his performance.’

Baldwin is a co-producer of Rust and plays the titular role of a criminal, whose 13-year-old grandson is convicted of an unintentional murder. Ackles portrays a U.S. Marshal, and Fimmel plays a bounty hunter, both of whom are on Rust’s tail as he tries to get his grandson out of prison. As they flee, the outlaw and his estranged grandson establish an unusual relationship. Rust stars Jensen Ackles from Supernatural and Travis Fimmel from Vikings.