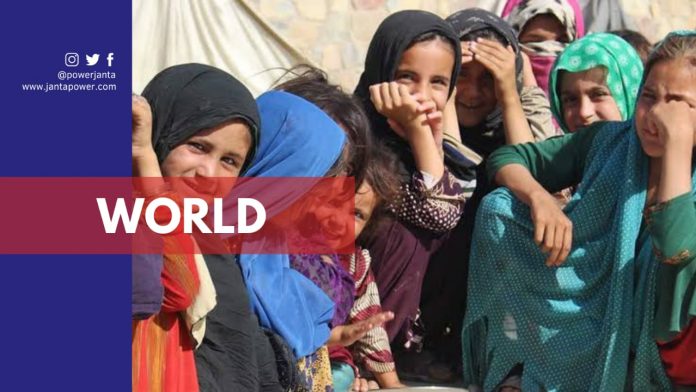 Afghanistan, now governed by the Taliban, faces an economic crisis that has turned out to be a horrible nightmare for young daughters of Afghanistan. A prohibited practice of selling young girls into marriage has resurfaced in several regions of the nation. Many displaced Afghan families facing hardship and malnutrition have been forced to make the distasteful decision of marrying off their barely adolescent daughters in exchange for money and food to secure their survival in recent months.

According to CNN, one such heartbreaking incident concerns a nine-year-old Parwana Malik, whose family sold her to 55-year-old Qorban last month. Parwana’s family of eight was just scraping by at a camp for internally displaced persons in the war-torn country’s Badghis district. In that place, employment was few and foreign help had dried up since the Taliban took power.

Abdul Malik, Parwana’s father, disclosed to CNN that he had previously sold his 12-year-old daughter a few months earlier. Now he’s been forced to sell another daughter “in order to keep other family members alive,” a move that has left him “torn” with remorse, humiliation, and fear.

Parwana, for one, stated that she wished to study and become a teacher. However, due to her family’s severe financial situation, she is unable to pursue this opportunity. When asked about her impending “marriage,” she expresses concern that the “old man” would beat her and make her labor in his home.

The buyer, Qorban, came to the Malik family’s house two days later, paid Parwana’s father $2,200 in sheep, land, and cash, and drove away with the girl. Abdul Malik’s parting words to the new owner of his daughter were, “This is your future wife. Please look after her… and don’t hit her.” In response, Qorban reassured the grieving father that he would be kind to Parwana and treat her as if she were a member of his family.

Magul, a 10-year-old girl and one of the terrified daughters of Afghanistan from Ghor province, is frightened at the idea of being married off to a 70-year-old creditor to whom her family owes money. “I don’t want to be separated from my parents. I’ll kill myself if they force me to go,” Magul told CNN while she was uncontrollably crying.

Thousands of Afghan girls, like Parwana and Magul, face an uncertain future. With the Taliban forbidding women from secondary school and poverty on the rise, a growing number of young daughters of Afghanistan are being forced into marriage. Even talking about such things shakes us to our core. Imagine, living that nightmare day in and day out!

Not Only India, These Countries Are Also Probing Pegasus Row