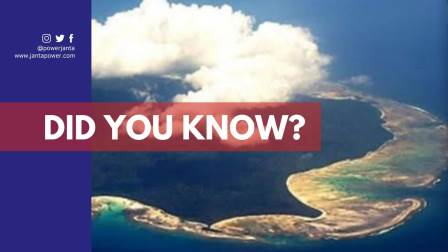 The lesser the fact is known to your, the more you want to know it. But did you know this is so true! With the evolution of technology, we can know anything and everything in just a few minutes. You may wonder what are parts of the world that are still yet to be discovered and you’d be surprised to know that there are many forbidden places on Earth that humans should not venture.

The world is full of fascinating places, but we will never be able to see them all. There are many reasons why those locations are close to the public. Tourists are always excited by such sites on the map. People want secret areas to become public. Let’s know about these mysterious places on Earth that were never meant to be discovered.

The Vale do Javari has the world’s highest concentration of isolated indigenous peoples. The Vale do Javari is one of Brazil’s most significant indigenous territories. The satellite images reveal a vast expanse of the Amazon rainforest. There are over 8.5 million hectares, many of which are hundreds of kilometers from major cities. Authorities have prohibited entry into the jungle for the safety of the people.

It is a well-kept 16th-century fortress with well-kept precincts. It’s in Rajasthan’s Alwar district, on the edge of the Sariska Reserve in the Aravali Hills. Government officials have prohibited nighttime visits. Many peoples claim that a saint has cursed the fort. Another claims that a wizard beat the defense when a beautiful princess foiled his evil plans to own her. The fort is one of the most forbidden places. Tourists visit only in the daytime.

Now comes another mysterious place. Here the Chinese king, Qin Shi Huang, burned with a terracotta army of about 2000 life-size soldiers, their horses, and chariots in tow after his death in 210 BC. In March 1974, a group of farmers made an unintentional discovery of this tomb. This site is only accessible to archaeologists.

Mount Weather Center is a civilian facility in the United States Commonwealth of Virginia. This serves as the Federal Emergency Management Agency’s operational headquarters (FEMA). Since 1991, it was the High Point Special Facility (HPSF), but its preferred designation is “SF.” In a national disaster, the facility serves as a primary relocation site for the highest levels of civilian and military officials.

Pluto’s Gate is a monument dedicated to the Roman god Pluto in Hierapolis, Turkey. Long ago, Hierapolis residents would send animals to Pluto’s temple to witness a supernatural death ritual. Some believed that the God of Death, Pluto, was responsible for those animals’ deaths. As a result, visitors are not able to approach this site. This site is known as the forbidden place.

ALSO, READ: 5 Most Haunted Places In India That Will Send A Chill Down Your Spine