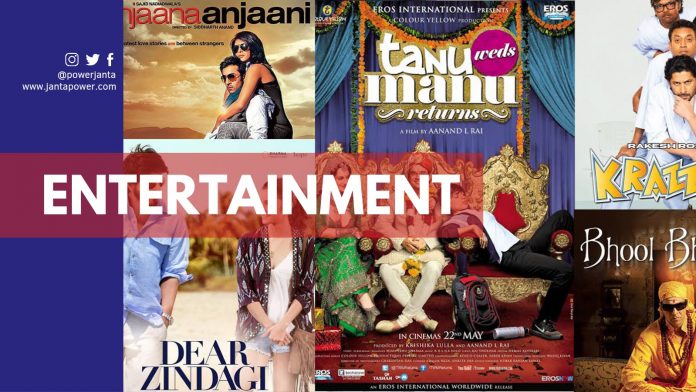 Many modern-day Bollywood filmmakers use their films to address severe mental health issues. Be it anxiety, depression, or insomnia. Though Bollywood has a significant influence on Indian pop culture and influences, there is still some stigma associated with mental health that our society overlooks.

From information about lesser-known subjects to shedding light on social issues, the content produced by Bollywood makes a significant difference. We present five Bollywood films that have attempted to shed light on mental health issues and that also, prominently.

The film encourages viewers to reconsider their perceptions of mental illness. The film depicts mental illness like any other physical ailment and conveys that your mind requires a breath of fresh air every now and then. It also tells us that we should not be afraid to seek help due to the fear of being judged. The entire film takes place inside a psychiatrist’s office. Following various circumstances in Kaira’s (Alia Bhatt) life, she becomes disturbed and insomniac. Until one day, she comes across psychologist Dr. Jehangir Khan (Shah Rukh) and decides to seek psychological help from him. Dear Zindagi teaches us in a beautiful way that it is okay, not to be okay.

This multi-starrer is nothing like Dear Zindagi. Despite actors such as Irrfan Khan and Arshad Warsi, Krazy 4 seemed to make lightly of its character’s mental illnesses. Its main characters suffer from Intermittent Explosive Disorder, Schizophrenia, and obsessive-compulsive disorder. Hence the writer inserts a death plot to elicit laughter, reducing the issue to a joke. It showed us, sometimes, we can take our problems lightly and laugh it all off if we really wanted to. Applying the Hakuna Matata philosophy.

Ranbir Kapoor (Akash) plays the role of a banker, and Priyanka Chopra (Kiara) plays a betrayed-in-love girl and they both have their own mental health issues. Kiara has an adjustment disorder, while Akash has Acute Stress Disorder. The two depressed souls consider suicide as their only option, but they are unsuccessful. They eventually meet, fall in love, and make plans to live happily ever after.

We all missed the underlying storylines in Aanand L Rai’s Tanu Weds Manu Returns when it first came out. But, now that people are more aware of mental illness, the scene in which Kangana Ranaut and R Madhavan speak to a panel of doctors in what appears to be a mental asylum is problematic. Although, the duo casually throws around words like anxiety and bipolar disorder, and those scenes are accompanied by the background music of typical comedic scenes.

The comedy-horror-psychological thriller directed by Priyadarshan addresses dissociative identity disorder (DID). A condition in which a person assumes and acts on two distinct identities. When an individual acts on their assumed identity, they completely forget about their true identity. Akshay Kumar, Vidya Balan, and Shiney Ahuja play the lead roles in the film. Therefore, the film received widespread acclaim from critics worldwide and performed well at the box office. It is a successful blend of horror and comedy that depicts DID beautifully. Showing how childhood stories can impact a mind and how everything has a cure if treated in the right way.

In India, mental health issues are still a source of embarrassment and is not always discuss in a positive light. However, thanks to these sorts of movies and social media, people are talking about it more and more. It’s just the beginning and we know, there are miles to go before we sleep.