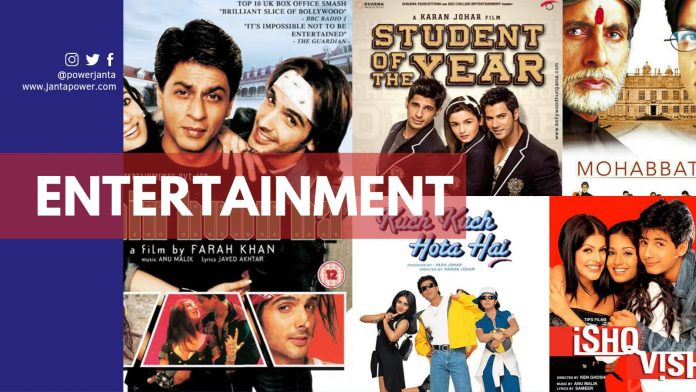 Whether it’s the concept of love, happily-ever-after endings, or just college life in general, Bollywood movies have an unforgivable habit of depicting things that are far too dreamy and unreal. While we admit that we all enjoy watching it, but we will never be able to forgive Bollywood for giving us false hope about college life.

When most of us went to college, we realized that “Life Sach Me Fair Nahi Hai Yaar,” and we can only blame Bollywood movies for that. But there are some movies in particular that did the horrific job very precisely. So, here are those 5 films that ruined our college life.

The scenic, hillside college where the long-haired Lucky aka Laxman Prasad Sharma (Zayed Khan) failed three years in a row, yet students hailed him as a celebrity. Then, how the hell did he manage to get the girl in the end? On top of that, he has Shah Rukh Khan as a step-brother! How is that for college life?

But what about the promised Prom Night? A quirky college president, who enjoyed reading Harry Potter in his office? And Sushmita Sen as a chemistry professor!! NO WAY! This has nothing resembling a real-life college in India.

This film is remembered for many positive reasons, one of which is Shahid Kapoor’s debut. Although, while the love-triangle rom-com drama film with a stellar cast of Shahid, Amrita Rao, Vishal Malhotra, and Satish Shah was a dose of fun, the fact remains that college life has shown there was far from reality.

Be it the vibrant college canteens, inter-college IIFA Award-like festivals, or the fact that you get to have multiple romances within the college walls during your three-year term, Bro! Colleges in the real world are Nahi Hote, Aise!

The darling movie of all Indians, regardless of age, Kuch Kuch Hota Hai is one of Karan Johar’s masterpiece drama films. Shah Rukh Khan, Kajol, and Rani Mukherjee showed up with their fancy skateboards, basketball games, and friendship days made us believe that “Yes! That’s how college life is and should be!”.

While watching more KJo films in recent years made readjusting to reality a little easier, Kuch Kuch Hota Hai arrived when we were far too young.

STUDENT OF THE YEAR

Another college life drama from Karan Johar. Another fantasy college that can never exist in real life. There is a clear distinction between fiction and reality. However, Student of the Year has blurred that fine line and made Harry Potter’s Hogwarts seem more realistic.

Olympic-style swimming pools, students vacationing abroad on private jets, poor boy owning the rich kid – the film ignored any resemblance to how schools or colleges are in India.

Gurukul is a university run by the stubborn Narayn Shankar played by Amitabh Bachchan. Narayan wants the best out of his students so places an emphasis on parampara, nishtha and anushashan. However, he forbids any kind of romance — anybody he catches falling in love will be expelled. Then, Shahrukh Khan makes his entry, and everything changes. There is love in the air, and everybody does everything, except for studies.

The film was a successful remake of Robin William’s Dead Poet’s Society. However, no college or school in India resembles the Gurukul. Not even close. Not the first one, not even the latter one.

Although these Bollywood movies have sold us all these wishful dreams, whether it is through fashion, flashy fast cars, large social circles, endless parties, or exotic campus festivals – there’s no denying that we enjoyed each one of them. Yes, it kind of ruined our imaginary images of colleges life, but we at least have some memories attached to these movies. All of us do.