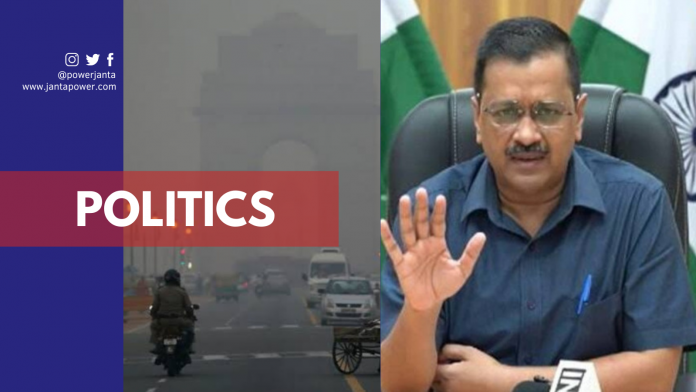 Delhi Chief Minister Arvind Kejriwal on Monday declared 10 points winter action plan to fight air pollution in the national capital. The plans include regulation of garbage burning, dust, and vehicular emissions. The CM stated that air pollution in Delhi is now under control but, it would begin to rise in the winter months due to stubble burning by farmers in neighbouring states.

CM Kejriwal has appealed to the Central and nearby State governments to join hands and work together. He said that the Delhi government has set up 75 teams to review construction sites for dust pollution, as well as special teams to assess pollution hotspots throughout the city. Also, to reduce vehicular pollution, steps will be taken to address traffic congestion on 64 targeted roadways. According to him, the pollution under control (PUC) will be vigorously enforced, with 500 teams formed to inspect vehicles.

According to Kejriwal, 250 teams have been constituted to enforce the national capital’s waste burning prohibition. The winter action plan will also include the strengthening of green war rooms and a public awareness campaign.

Let’s have a look at the 10 plans listed by Kejriwal to control air pollution in the capital during winters:

Delhi Chief Minister advised NCR areas to avoid the usage of diesel generators by following Delhi’s path and should ensure the use of CNG-powered cars, clean fuel in thermal plants and other businesses, hotspot monitoring, and 24-hour power supply.
Several times Delhi has been reported as one of the most polluted cities in the world based on its poor air quality. Hence, these measures by the Delhi government will help in tackling the air pollution in Delhi and NCR during winter times.