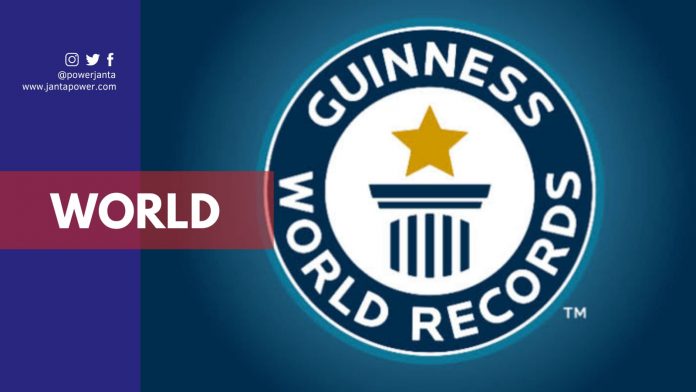 India is a country full of creative people and talents. Here, folks have different skills, talents, and crazy interests that had made them famous all across the world. Guinness World Records book of world records is one such thing where Indians hold some interesting as well as bizarre records. Every year, Indians try to create new records in different fields.

Here are the 10 unusual and unbelievable records held by Indians:

The World’s Longest Turban
Mr. Avtar Singh Mauni of Patiala, Punjab, holds an incredible record for wearing the world’s longest turban. The turban measures to be 645 meters, almost as long as 13 Olympic-sized swimming pools. It weighs 100 pounds on his head and takes over six hours to tie it.

World’s Longest Moustache
India’s Ram Singh Chauhan is the proud owner of the world’s longest moustache, measuring 4.29 meters (14 feet) in length. Chauhan from Jaipur began growing his moustache in 1970 and it took 32 years to achieve such a long moustache.

World’s Shortest Woman
The world record for the shortest woman is held by Indian lady Jyoti Ange. Along with this, she was also referred with the record of the tiniest teenager alive at that time. Ange is only 61.95 centimeters i.e. 2 feet and has worked as an actress in American Horror Story: Freak Show.

Most Worms Eaten Per Minute
This Guinness World Records may look weird and creepy, but it’s true. Indian man John Peter holds the record of eating most worms in a minute. Peter’s breakfast consists of earthworms, dinner consists of dragonflies, and a noon snack consists of 10 or 20 lizards. He loves to eat ants, caterpillars, spiders, ticks, lizards, frogs, and snails and prefers living insects to dead ones. His favorite dish is scorpion as they are crunchy, gooey, and quite sweet.

The Largest Laddu
The largest individual ‘laddu’ was made by Bhaktanjaneya Suruchi Firms owned by PVVS Mallikharjuna Rao in Tapeswaram, Andhra Pradesh. The laddu weighs 29,465kg and was created in September 2016.
Longest Fingernails on a Single Hand
Shridhar Chillal holds the record for the longest fingernails on one hand. It measures around 197.8 cm. He was born in 1938 and since 1952, he hasn’t clipped his nails. He battled a lot with the weight of the nails, but he managed to keep them intact to set the record. He also wants his nails to be preserved in a museum after his death.

The World’s Largest Chapati
The Indian organization ‘Shree Jalaram Mandir Jirnodhar Samitee’ holds this incredible world record of the world’s largest chapati, weighing 63.99 kgs. It was made at the Jalaram Temple in Jamnagar.

The Fastest Typing with Nose
This strange Guinness record is set by an Indian, Mohammed Khursheed Hussain for his incredible typing speed with his nose. He holds the world record for typing 103 characters in 47.44 seconds and is the only person in the world who can type all alphabets so fast with his nose.

The World’s Largest Number of Selfies taken together
The faculty and students at Kochi’s Federal Institute of Science and Technology were so engrossed in the selfie craze that they took 1000 selfies in a minute. They clicked it as a group rather than individually and created the record of the largest number of selfies taken together.

Most Expensive Wedding in the World
Vanisha Mittal, the daughter of billionaire Lakshmi Mittal, married investment banker Amit Bhatia in the world’s most costly wedding. The wedding took place in Versailles in 2004. The engagement ceremony was done inside the Palace of Versailles, which was the palace’s sole private function ever. Several world-famous performers, including Shah Rukh Khan and Kylie Minogue, welcomed guests and performed at the wedding reception. The amount of the wedding expenses was a whopping $55 million (about £28 million at the time).

We Indians have quite interesting as well as weird world records. But, every achievement requires full hard work, commitment, and dedication. Hence, it’s worth praising them all.

The Biggest Risk The Covid-Hit Indian Economy May Face